The Sacred and the Profane: the Nature of Religion

The cathedral of the virgin at Chartres, France.

"The world exists because it was created by the gods,"

"…for the place where on thou standest is holy ground."

"Man becomes aware of the sacred because it manifests itself, shows itself, as something wholly different from the profane."

Modern sensibilities are the product of a reorganization process.

The Orion Nebula: a closer view of a common site in the night sky. At a distance estimated from 1,300 to 1,600 light years from our Earth it contains 3,500 named stars; acting as a nursery of stars in our own galaxy.

Mircea Eliade, The Sacred and the Profane: The Nature of Religion. 1956.

“The sacred is saturated with being.…reality and at the same time enduringness and efficacity"

The Experience of Sacred Space makes possible the "founding of the world":
where the sacred Manifests itself in space, the real unveils itself, the world comes into existence. - Mircea Eliade 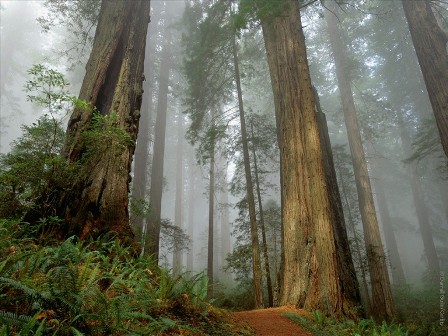 For those who have a religious experience all nature is capable of revealing itself as cosmic sacrality. - Mircea Eliade

" unconsciously nourished by the memory of the sacred.”

Space, time, nature, & the cosmos are sacral as well as profane and human existence can --if not having invented it-- partake in the "sanctified life," despite our profane character.

"Probably, in a very distant past, all of man's organs and physiological experiences , as well as all his acts, had a religious meaning."

from: re (again) + lig (tie) [ligament, legein] meaning [religare], to tie fast. Latin, or to tie again, fastening back once again, to bind, fasten, obligate, ligatures of belief.

Religion is an organized, self revealing and self-sustaining faith in a coherent, if contradictory, or not fully consistent expression of worldly mysteries and the overriding obligation of its practitioners to keep faith in something transcending the individual member's needs.

An interest which one undertakes that is of overriding, if not of supreme, importance. Often an expression, but not always, of the supernatural or divine focus of ritual behaviors.

The study of religious knowledge is for
“anyone seeking to discover the potential dimensions of human existence.”

“Properly speaking, there is no longer any world, there are only fragments of a scattered universe, an amorphous mass consisting of an infinite number of more or less neutral places in which humankind moves, governed and driven by the obligations of an existence incorporated into an industrial society.

“Our primary concern is to present the specific dimensions of religious experience, to bring out the differences between it and profane experience of the world.”

“The abyss that divides the two modalities of experience –sacred and profane—will be apparent when we come to describe sacred space and the ritual building of the human habitation, or the varieties of religious experience of time, or the relations of religious man to nature and the world of tools, or the consecration of human life itself, the sacrality with which humankind’s vital functions (food, sex, work and so on) can be charged.”

There are common elements of very divergent religious traditions to ascertain "laws of their evolution" or development of sacred elements.

“The reader will very soon realize that sacred and profane are two modes of being in the world, two existential situations assumed by humankind in the course of… history.”

“the content and specific characteristics of religious experience….He concentrated chiefly on its irrational aspect.” {As opposed to rational religion}. “Luther’s God…not the God of the philosophers, …Erasmus….It was a terrible power, manifested in the divine wrath.”

Numinous, numen = means Latin for god
“The numinous presents itself as something ‘wholly other’ (ganz andere), something basically and totally different.”

Tsimayo is a sanctuary, in Chimayo, New Mexico

Since the time of native peoples this place is believed to have been the source of a healing earth; pilgrims today still come for healing to this sacral site.

“To exemplify the nonhomogeneity of space as experience by nonreligious man, we may turn to any religion.
“The door that opens to the interior of the church actually signifies a solution of continuity.”

Two modes of being: "the profane and the religious.”

passing the domestic threshold and the rites associated with it.

“Within the sacred precincts the profane world is transcended.”

"the manifestation of the sacred ...founds the world....to 'found' the world and live in a real sense."

"One says that one is installed when one has built an altar and all those who build the fire altar are legally established." Thus the divine is made present in that "the world of the gods is ensured."

The altar of Pergamon depicts the Olympian deities seizing cosmic and chthonic powers from the Titans, their parents.

"To reveal an absolute point"

"later it is searched for and sacrificed at the place where it is found. Later the altar will be raised there and the village will be built around the altar. In all these cases the sacrality of a place is revealed by animals."

"This is as much to say that men are not free to choose the sacred site, that they only seek for it and find it by the help of mysterious signs."

The great alteration (of space)

space that surrounds it."

"The former is the world (more precisely, our world), the cosmos; everything outside it is no longer cosmos but a sort of other world. A foreign chaotic space, peopled by ghosts, demons, 'foreigners' (who are assimilated to demons and the souls of the dead)."

"By settling in it, man symbolically transforms it into a cosmos through a ritual repetition of cosmogony."

COSMOGONY: meaning the origin of the cosmos.

In the folklore of peoples in pre-Christian Europeans lies clues to the weltanschauung of homo religiosus has been masked by the religions of the book.

"As a divine work...the cosmos lives and speaks."

"part of the world lives in him"

"Openness to the world enables . . . to know himself in knowing the world."

"the paradox presented by every hierophany."

Meaning "charged with" significance (see p. 136) that is not mere material; transcending the materiality of existence.

"For it is the sacred that is preeminently the real."

Sacrality is a full manifestation of being

"…for the world is Sacred."